Tai Qi Chuan, also known as Tai Qi, is a slow, rhythmic, non-forceful exercise system from China, that is based on the same philosphy as Chinese Medicine with its ideas of Yin, Yang, and Qi.

Tai Qi is an excellent exercise system for anyone from youth to old age, but is especially good for older people who tend to develop balance problems with age. That is because Tai Qi requires you to continually shift your body's weight from right to left and back to forward.

That is also why Tai Qi is good for developing knee strength. When I studied the Yang family style Tai Qi system as part of my Chinese Medical training, I noticed that the senior practitioners had knees and thighs like professional soccer players. This is because of all the natural isometric contractions and lifting that takes place in the basic Tai Qi bow and horse stances.

Tai Chi is also, in its slow, meditative forms, really good for calming the spirit (mind), as as such is excellent for sleep disorders. Its also very very good for any kind of muscular pain due to tightness of muscles and fascia, and in that regard dovetails really well with Feldenkrais technique. And its valuable for building Qi energy.

Recently a nice article in the Harvard Health letter has detailed evidence based research on how Tai Qi May Be As Good As Physical Therapy for Arthritis Related Knee Pain.

One word to the wise. Do not listen to ANY Tai Qi expert, no matter how experienced, who tries to force you into a deep, low stance that hurts your knees. If your knees hurt; stop!

I have known so many people who have injured their knees doing Tai Qi the wrong way, or who were pushed to over do it by teachers who themselves were lucky enough to be naturally flexible and without pain.

Everyone's body is different. So go at your own pace, and don't overdo it, especially in the beginning.

I am strongly against using this daily for prevention. Its a medical error.   here  is why. thanks! 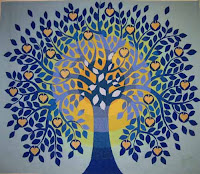 Ulcerative colitis is a form of inflammatory bowel disease that affects the large intestine. It should not be confused with Irritable Bowel Syndrome. Ulcerative colitis is characterized by the presence of inflammation and ulceration in the intestinal mucosa. The chief symptom is chronic diarrhea, with pain, blood, and mucus in the stool Although ulcerative colitis has no known cause, bio-medicine presumes a genetic component to susceptibility . However the disease may be triggered in a susceptible person by environmental factors, such as stress. Anecdotally, I would add that in every case I have treated with Chinese and Ayurvedic medicine, high levels of stressors, poor stress management, and/or untreated emotional issues (which in turn create stressful reactions like anger) have been a factor. Severe cases of U.C. can lead to anemia, toxicity, and even death. Even mild cases can involve weight loss and pain. This is a disease to be taken seriously. Chinese Medicine and Ayurvedic t

Neem, The Medicine Tree of India The Neem Tree,  is a large tropical tree whose majestic original home is in  India and Burma ..... the rest of this article has been moved to my website, here